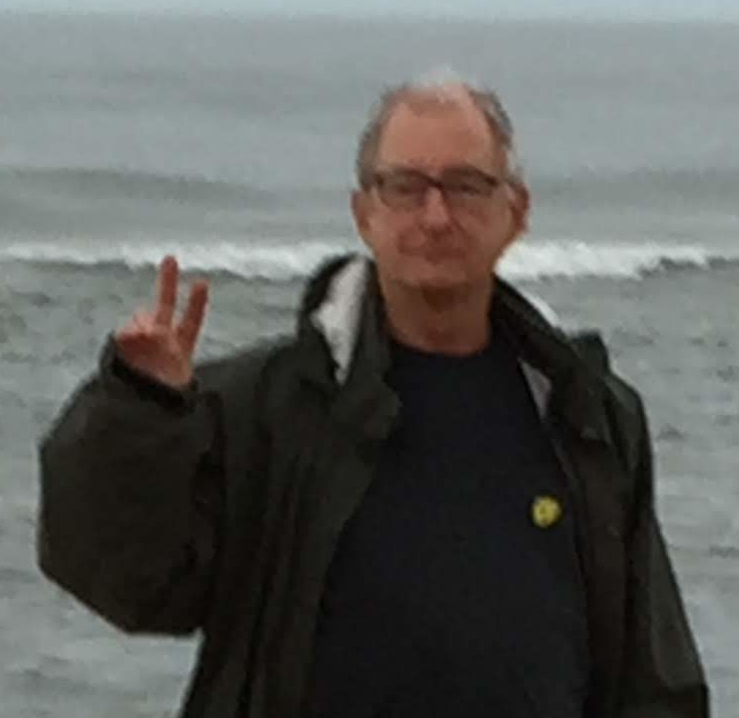 Southern Shores and Blacksburg- John Henderson Albright, 68, of Blacksburg, VA died unexpectedly May 25, 2019 in Southern Shores, NC. John was born in Washington, DC and raised in Arlington, VA.  He was a long-time seasonal resident of Southern Shores.

John was employed as an architect in Chicago, IL for over 25 years. Through his hard work and talent, John created many notable designs that can still be seen in Chicago, and elsewhere in the US as well as internationally. He began his career in 1977 at Skidmore, Owings and Merrill, where he rose to the level of associate, and was a head of a design studio. In 1989, he became a founding partner at DeStefano & Partners, where he led numerous award-winning projects.

In 2009 he settled in Blacksburg. There he pursued his passion for fixing, building, and making. Most recently John focused his talents on wood craft—making tables, boxes, candle holders, platters, benches, and stools as well as turning bowls. His work was featured in the 2017 exhibition at Virginia Tech’s Moss Art Center titled “From These Woods”. John was also a highly valued vendor at the Blacksburg Farmers Market selling his wood craft under his Sinking Creek Mill sign. A vendor for nearly a decade, John embraced the family atmosphere at the market and could be found each Saturday captivating customers and fellow vendors alike.

Utilizing his architectural and design expertise, John served on Blacksburg’s Historic and Architectural Design Review Board from 2010-2014.

Family and friends remember John for his warmth, his engaging personality, his penchant for humor, and his abiding love of his family and friends. Whether holiday gathering, football tailgate, dinner with friends, John was the life of the party.

He is survived by his beloved wife Kathryn of Blacksburg; his siblings, Charlotte Albright, Midge England (Greg), and David Albright (Nancy); his nephew, Benjamin; and his nieces, Gayle, Krystal, and Carolyn, as well as other relatives and numerous friends.

A celebration of life memorial service will be held on August 3, 2019 at the Hahn Horticultural Garden Pavilion, 200 Garden Lane, Blacksburg, Va. 24061. In lieu of flowers, please consider a memorial contribution of one’s choice.

Please express condolences to the family via the online register at www.gallopfuneralservices.com. Gallop Funeral Services, Inc. was entrusted with local arrangements.