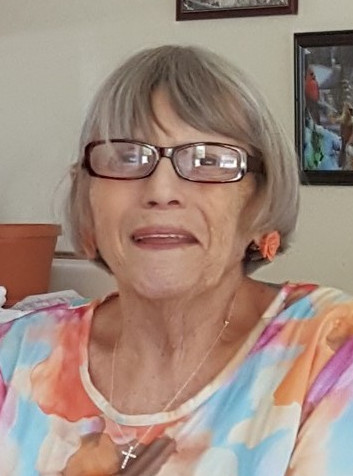 Manteo – Joanne May Sawyer was born to Harry and Laura Casto as Joanne May Casto at Jackson Memorial Hospital in Miami, Florida on November 25, 1941 and passed on to God Monday, September 9, 2019. She graduated from North Miami High School in 1959. Joanne moved to the Outer Banks in the early 60’s where she married Mr. Bayne Midgett. She was later to remarried Mr. Lockwood Sawyer.

Joanne was a hearty soul who made her livelihood on the shoals of the North Carolina Outer Banks fishing, shrimping and crabbing. She was well known for her smile and quick wit. Joanne had a strong faith in God and followed her faith through many churches in the area. In later years, Joanne was an active volunteer providing help throughout the community.

Joanne is survived by her sisters Laura and Barbara, brothers Gerald (Jerry) and David Kern, and her cat, Jackson. She was preceded in death by her husband, Lockwood Sawyer, parents, her stepfather, Francis (Red) Kern, brother, James Kern, and close friend Joe Pledger.

The family wishes to extend special thanks to Lisa Meekins, her neighbors and her many friends who looked in on her over the past years. We know she valued her friendship with each and every one of you as she spoke of you often.

Arrangements for services honoring Joanne will be announced shortly. Joanne loved her animals much more than flowers. Please make a donation in her name to the local Humane Society. Condolences to the family may be expressed via the online register at www.gallopfuneralservices.com. Gallop Funeral Services, Inc. was entrusted with arrangements.