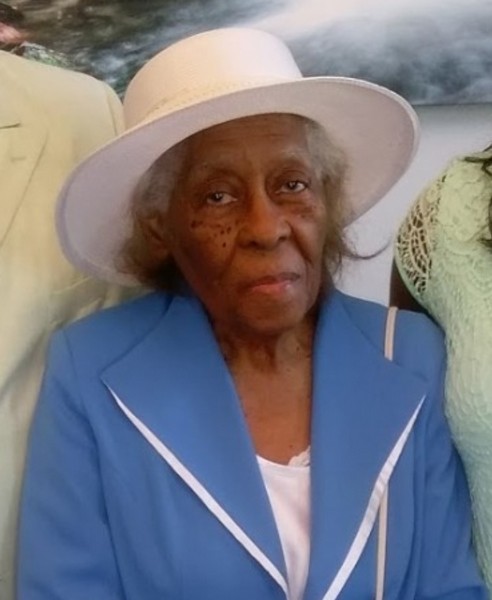 Manteo – Kathryn Marks Orgsbon, 95, passed away peacefully in Nags Head, NC January 28, 2021. Mrs. Orgsbon was born in Waverly, VA, and was predeceased by her husband, Thomas Orgsbon, in 1998. She was also preceded in death by her two brothers and seven sisters.

Mrs. Orgsbon learned to sew as a child. She used those skills to become a professional seamstress and developed a loyal clientele in the Virginia Beach area. In recent years, Kathryn spent her retirement in the care of her only child, Donnell, and his family in Manteo, NC.

Kathryn is survived by her loyal and loving son, William Donnell Orgsbon (Val) of Manteo, NC; her sister, Celestine Peace of Baltimore, MD; and her five grandchildren, Donnie Simmons of Virginia Beach, VA, Justin Orgsbon (Iesha), Matthew Orgsbon, Thomas Orgsbon, and Ebony Orgsbon all of Manteo. She is also survived by a host of nieces, nephews, cousins, and close family friends.

The Orgsbon family has arranged a private funeral service to be held in Nags Head. Mrs. Orgsbon will then be laid to rest next to her husband at Roosevelt Memorial Park in Chesapeake, VA.