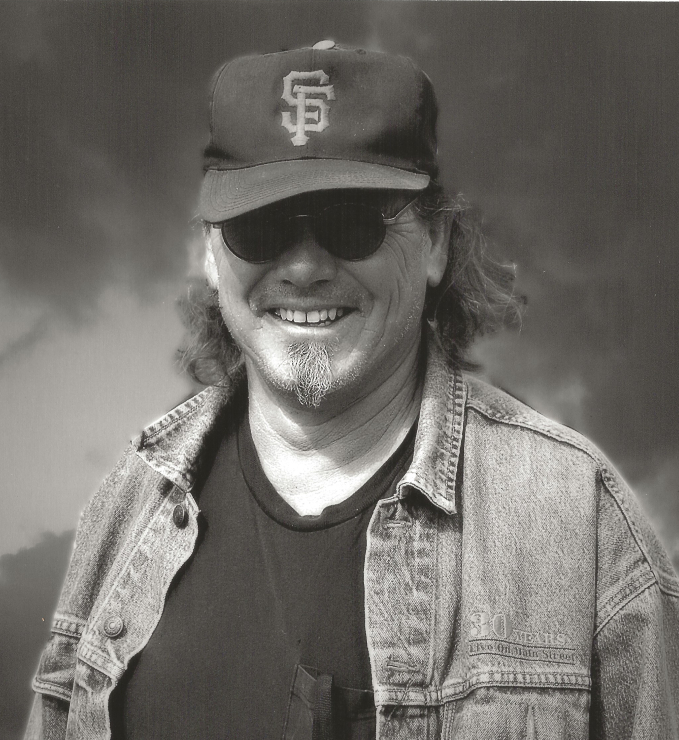 James Joseph Markley, 72, of Buxton, NC died unexpectedly on June 7, 2022 at his home. He was born in Trenton, NJ on June 19, 1949 and was preceded in death by his parents, James Oliver Markley and Maria Pinto Markley. Jamie was a 1967 graduate from Steinert High School in Hamilton, NJ. Upon graduating he joined the Army and worked in communications. He held several jobs in New Jersey before moving to Hatteras Island in 1990.

Jamie leaves behind his beloved wife, Sheree Williams Markley; stepchildren, Sarah Blount (Jordan), Joshua Covey (Tatiana); and two grandsons, Jordy Blount and John Covey Blount. He also leaves behind several cousins. Although Jamie was an only child, a special cousin, Frank Russo was like a brother to him.

Jamie had many jobs while living on Hatteras Island but the two he was most proud of was being part of the Lighthouse Move and working on the Cape Hatteras National Park Service Preservation Team. However, his passion was his music.

A celebration of life will be held at 2pm, Tuesday, June 21, 2022 at Lighthouse Assembly of God in Buxton. In lieu of flowers donations can be made to a charity of your choice. Gallop Funeral services is assisting the family with arrangements. Condolences and memories may be shared at www.gallopfuneralservices.com.

I am very sorry for your loss. I worked with Jamie at Hatteras Realty. He always made my day with his stories. I enjoyed his entertainment at the homeowners party when we had them. He will be missed.

I'm saddened to hear this he was such a sweet man ALWAYS smiling. The Island has gained another Angel and lost a great man. Sending Positive Energy and Good Vibes and Prayer's along with lots of love 🐘🖤💜💜💜💔

So very sorry to hear of Jamie's passing. From the moment he arrived on Hatteras, he spread nothing but love, friendship, and good vibes. Loved listening to his music and stories. Will miss that big smile and his kindness.

What sad news! One of my great pleasures in coming to Hatteras Island was sitting in with Jamie and Mark Nash. He was a unique musician, huge personality and delightful entertainer, and always a trip to gig with. The accompanying photo captures him perfectly. Bette and I still remember the day he smeaked us up to the top of the Ocracoke lighthouse! (I think the statute of limitations has expired on that one....) We can't believe he's gone. RIP, Jamie; you left many people happier by knowing you and sharing your music.

We are so saddened to hear this news. Bernard really loved working with Jamie at The Park Service. He was one of a kind and know he will be missed extremely. He was loved by so many. We send love & hugs.

RIP Dear Jamie !!! You will become a Legend here on Hatteras Island ! Bo loved joking with you when you worked with NPS! You had a wonderful Voice & Personality & Big Smile & You Are Being MISSED ALREADY! Love To YOU & YOUR FAMILY !! ☺♥

Shocked and saddened to here about Jamie's passing. Jamie and Vince must of been a pair to work with at the Park Service. Two Jersey boys cracking it up. Will miss his practical jokes. I know that "Central" Jersey boy will be entertaining them in heaven with his version of Free Bird. Love to you, Sheree.

We met Jamie when he played for my fathers 60th birthday. He played all of his favorites including the Eagles "Take it easy". We have remembered it fondly as my father passed away just 3 years later. We enjoyed his music and his love for music.

Our family is saddened to hear the news of Jamie's passing. Sending prayers to the Sheree and family. We will be remembering all the wonderful memories. We met Jamie in 1994, he was the kindest person helping me move from Avon to Kitty Hawk in a storm. His music was always fun to listen and dance to. He gave us a special tour of the the Lighthouse move. And there was always plenty of sunny filled days on the beaches of Hatteras Island sunning & fishing. You will be missed Jamie. God Bless.

I first had the opportunity to meet and work with Jamie on the CAHA Lighthouse move project in 1999. Remember we were "bust'n rock" under the foundation and Jamie was the bobcat operator-had a bucket on front that we would dump the pieces of granite into-once we finished a section he would jump down and help us load up the bucket-good team member. Later on in our "careers" on H.I. we worked together with the NPS CAHA Historic Preservation Team-did numerous preservation, restoration and storm damage projects together-he was always good and fun to work with. He loved his music! -listened to him at gigs many times. Pray now he is playing with his idol- Stevie Ray Vaughn. Hopefully someday I'll be there listening to them! God Bless you Jamie---R.I.P.!!! Mike & Debbie Martin

I met Jamie when we worked together on the Lighthouse Move, and enjoyed working on other NPS projects with him. His smile and laughter were contagious! Living in the tri villages made it easy to enjoy the regular Thursday evenings with Mark and Jamie rocking the Rodanthe pier, and their last gig will always be memorable. RIP my friend, rock on.