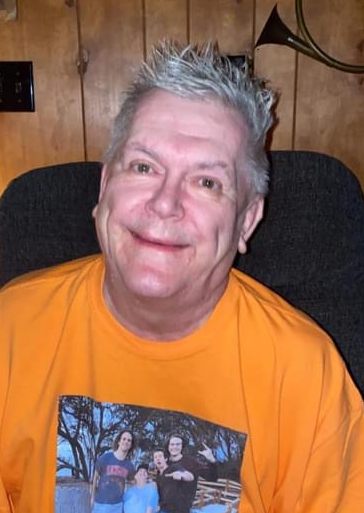 Hugh Roberts Benton passed away on December 8, 2021 surrounded by people who loved him. Hugh was born in Little Washington, Rappahannock County, Virginia on October 29, 1955. He was the son of the late Edwin and Helen Benton, also of Rappahannock County, Virginia. As a child he was a resident of Ocracoke Island, North Carolina, during which time he developed a love for the Outer Banks that continued throughout his entire life.

Hugh graduated from high school in Texas and then went on to the University of Arkansas. After graduation, he pursued his dream of working for the airlines by joining Braniff International Airways. While at Braniff, he worked his way up the chain until he reached his lifelong dream of becoming a pilot. He was an incredible pilot who had a decorated career with both Braniff and later with Delta Air Lines.

Anyone who ever met Hugh knows how passionate he was about airplanes. He was so proud of his career and loved to tell stories about his life as a pilot. He also enjoyed many years of employment and making friends while working for a Sears store in Manassas, Virginia. Hugh loved spending time with friends and very much enjoyed music, especially that of orchestra and organ music. He spent the last many years of his life in retirement as a resident once again at the beach on the Outer Banks of North Carolina.

Mr. Hugh and Braxton had an inseparable bond of a friendship that was stronger than kinship. It consisted of many jokes, laughs, and just overall amazing times at his house. Most would refer to Mr. Hugh as “The Legend” because along with his infectious smile, he truly left a lasting legacy on everyone that he ever met. Mr. Hugh was a true kind soul who would do anything to help people in need and would always let you know that he loved you. We love YOU Mr. Hugh! Your legacy will live on forever! REST IN PARADISE!

A memorial to celebrate Mr. Hugh will be held at a future date. Please share words of grace and comfort with the family via the online register at gallopfuneralservices.com. Gallop Funeral Services, Inc. was entrusted with arrangements.

I am heartbroken to hear about Hugh. He was a good and fascinating man. We agreed to disagree about many things.... with a smile and a shake of the head. He bounced to the beat of a different drummer... kudos! I don’t believe that there was a time when we were together that Hugh didn’t mention Braxton. He gave him so much joy and thought of him as a son. I am so sorry he and his quick wit are no longer with us, all the more sad for us.

My best Friend. Love you 😘 will miss you

Rest easy Mr Hugh. You will be missed. Thanks for all the knowledge you shared with us. We will never forget you ! 💔 See you on the other side buddy.

So long old friend. Your wisdom , wit , smile and values were always welcome! I will miss our conversations ! Soar with the eagles your smile will brighten those in heaven.

Sad news. Condolences to all who feel this loss. I thought I was the only one who addressed him as "Mr. Hugh," but I see I have lots of company! What a great conversationalist. He could have been a TV talk show host with his warm, beaming smile and booming laugh. He was happy to share laughs and stories about Brandon, Punkin (equally friendly to all visitors), Mabel (friendly once she got to know guests, especially if they brought a treat she liked), shy Ollie, and his love of the beaches, Ocracoke, and certain local restaurants. He hated having fewer visitors in the early days of covid. I also remember the usually-turned-on police scanner and TV a few feet away from his lounge chair. Hugh we will miss you. Rest in peace my friend.

Hugh will always be my dear friend! He will be missed so much! He’s flying in Heaven now with his Family & the Angels.