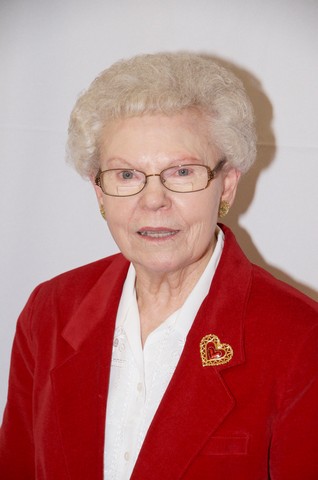 To one who bears the sweetest name, and adds a luster to the same; she shared our joys; she cheered when sad; the greatest friend we ever had;

Newport News – Mrs. Hilda F. Rogerson took her place beside her Savior February 2, 2020 at her daughter’s Kill Devil Hills, NC home after a long battle with dementia. Hilda was born in 1931, and raised in Farmville, NC- the daughter of Earl and Kathleen Frizzelle, both deceased.  Hilda has also reunited with her husband of 60 years Bruce Powell Rogerson; her sister, Florence Wooten and two brothers, Bubba Frizzelle and Charles Frizzelle.

Following graduation from Maury High School Hilda moved to Williamston, NC where was hired as a nurse’s aid at Brown’s Hospital.  There she met Bruce Rogerson and the two were married in 1952. The union produced one daughter and the family settled in Newport News, VA where Hilda guided her family to join and actively serve Hilton Christian Church.  For countless Sundays, Hilda and her “besties” Gina and Cora sat in their special pew to worship together. Later, while caring for Bruce after his heart surgeries, Hilda joined Mended Hearts and became an advocate for healthy living.

In recent years, Hilda’s health declined as she suffered with dementia.  Even through the devastating illness, Hilda loved living with her cherished family and was surrounded by their love and care until God called her home.

As she wished, the family will hold a memorial service at Hilton Christian Church in Newport News, VA Saturday February 15, 2020 at 11 am. Her cremated remains will be committed to the earth beside her husband’s.  Friends may greet the family in the church fellowship hall following the service.

Please express condolences to the family via the online register at www.gallopfuneralservices.com.  Gallop Funeral Services, Inc. was entrusted local arrangements.