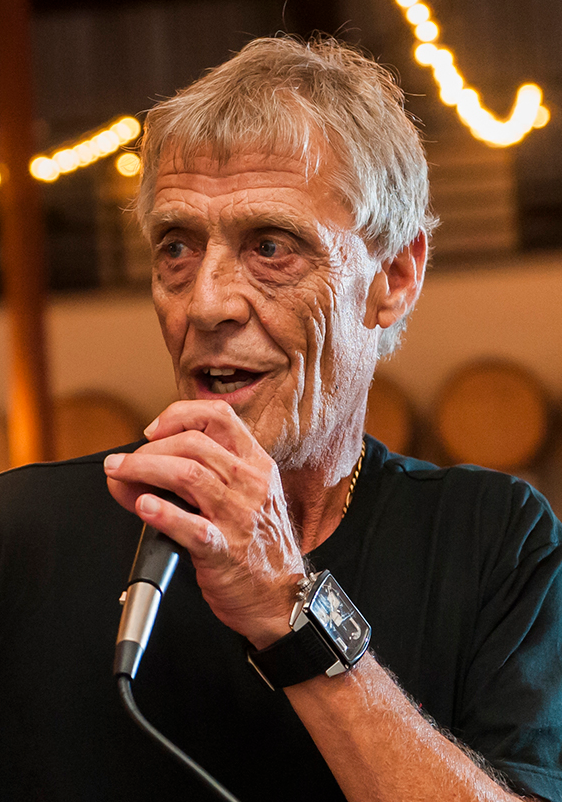 Hunt was an avid Bass angler who had the privilege of fishing all over the world.  In addition to his love for fishing, he was a talented vocalist and enjoyed much of his spare time singing karaoke from Costa Rica to right here in our back yard most often with his dedicated fans at The Jolly Roger Restaurant- where he also worked for twenty years. Hunt became known as the “Mick Jagger” of the Outer Banks.

Hunt is survived by his loving former wife Judy Riddle and two sons Shenon Matthews and Hunt Outlaw Riddle (Cori Riddle); one daughter Jacqueline Helena Riddle; and two brothers, Harry Lee Riddle III and Jerome Flora Riddle.  Also surviving are his seven grandchildren Lauren Riddle, Cameran Riddle, Jude Ward, Juliana Ward, Morgan, Christiana, and Kelsea and Hunt’s former wife and mother of his children, Cynthia Riddle. Last but surely not least is his most dearly beloved Chihuahua, Tino who held the key to his heart and was the apple of his eye.

The funeral service will be held at 10 am Saturday November 18, 2017 at St. Andrews By the Sea Episcopal Church in Nags Head. Minister Trey Hudson will officiate.  Friends and family may view Friday November 17, 2017 from 6 pm to 8 pm at the Gallop Chapel MP 16 Nags Head.  Burial will follow the funeral services, at Southern Shores Cemetery. Following the burial, friends are invited to gather to remember Hunt at the Jolly Roger restaurant where Hunt often performed his favorite Rolling Stones karaoke songs.

In lieu of flowers donations in Hunt’s memory may be made to help support the Truth About Cancer’s Mission to Educate, Expose, and Eradicate the Cancer Pandemic via a check payable to the Truth About Cancer PO Box 530 Portland, TN  37148 or at www.thetruthaboutcancer.com. The family invites you to take a moment for you and your loved ones to visit www.thetruthaboutcancer.com.

Then you will know the truth, and the truth will set you free. (John 8:32)

Gallop Funeral Services, Inc. was entrusted with arrangements. Please leave your condolences via the online register at  www.gallopfuneralservices.com.