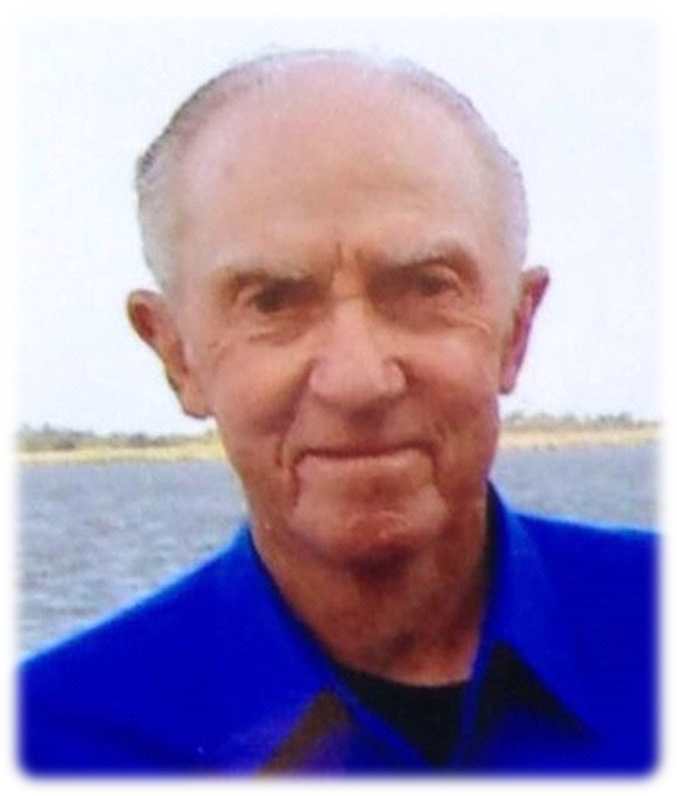 Kill Devil Hills- Harold Drew LaBuff, “Jack” to his family and friends, is home at last, finally at peace and face to face with the Savior he loved and served for most of his life. Born April 11, 1924, in Kinder, Louisiana, he died at the age of 93 in the comfort of his home in Kill Devil Hills, NC, with his wife and two of his children beside him.

The son of Harold Charles (Lucky) LaBuff and his wife, the former Ettie Horn, Jack attended McNeese University in Lake Charles, LA, for a year, then accepted God’s call to serve Him and transferred to Moody Bible Institute. His training disrupted by World War II, Jack answered the call of his country and enlisted in the U.S. Marine Corps, serving with honor in the Pacific Theatre as a key member of the Fourth Radio Intelligence Platoon. His primary function was to intercept enemy radio transmissions and provide the Pacific Fleet with direction-finding information which was then used to target enemy ships and submarines.

He spent most of his active duty on Guam, but was later dispatched to China. Throughout his service to his country in the Corps, he continued to serve his God, working with military chaplains to establish Bible studies on troop transport ships and on base, and witnessing daily to any who would listen about their need for the Savior and God’s love for them.

Honorably discharged as a corporal in 1946, he finished his Bible training by attending Emmaus Bible School in Toronto, Canada, from 1946-1949. There he met the love his life, Mary Belle Schurr of Pittsburgh, PA. Following their marriage in 1949, they were commended by Beechwood Bible Chapel in Pittsburgh to serve as missionaries, and went on to serve in southern Laos from 1950-1961. There Jack evangelized and served primarily with the mountain tribal peoples known as the Ngeh and Ta’oi, often spending weeks alone with them on treks into the mountains on foot from his home base in first Pakse, then Saravane. His talents for speaking, music (piano, guitar, accordion), and especially for becoming fluent in many languages (French, Lao, Ngeh, Ta’oi) made him a particularly effective witness for God. That tour of duty in Laos ended when Jack, Mary Belle, and his six boys were evacuated from Laos by the U.S. military due to the military escalation in S.E. Asia.

Upon returning to the United States, Jack and his family settled in the Pittsburgh area where from 1962-1986 he continued to serve the Lord in local Christian assemblies in Beechwood and Murrysville and in his day job as a truck driver. He began his trucking career with Mayflower, then found a job which allowed him to be home with automobile movers ATI, then Nu-Car Carriers. During that span, Jack and Mary Belle were blessed with two more children, both girls!

In 1986 Jack retired, along with his wife, to the Outer Banks in North Carolina where he spent the remainder of his days as a great fisherman, pulling fish from the water, and sharing the good news about the Christ with both friends and strangers on the pier and in his daily contacts in an earnest effort to reel them into God’s safety net. Jack leaves behind a legacy of devotion and service – to God, to wife and family, and to country. “Dad” to his kids, and “Grandpa” to his grandkids and great grandchildren, he also leaves behind quite a legacy in the lives of his family.

He is survived by his wife of 68 years, Mary Belle, five of his sons – Tom (Jacky), Ted, Terry (Tee), Torrey (Corinne), and Tilman (Beth), his daughters, Tammy Innocenti (Tom) and Terrill Hooks (Aaron), along with 25 grandchildren and 16 great grandchildren. He is predeceased by his brothers, Frank and Jimmy, his sister, Ila Belle, and by his oldest son, Tim.

The funeral service will be held at Gallop Funeral Chapel in Nags Head, NC Saturday December 9, 2017 at 1 pm. Interment with military honors will follow the funeral, at Roanoke Island Memorial Gardens in Manteo, NC.

In lieu of flowers, donations in Jack’s memory may be made to CMML  (Christian Missions in Many Lands) The family invites you to visit their website at  www. CMML.us to learn more of what they do throughout the world.

Condolences can be sent to Ron Gibson PO Box 122 Corolla, North Carolina 27927
or expressed via the online register at www.gallopfuneralservices.com. Gallop Funeral Services, Inc. was entrusted with arrangements.