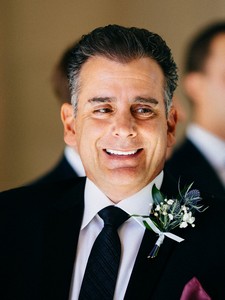 Southern Shores- On Sunday November 25, 2018, Glenn Robert Wyder, husband, father, son and brother, suddenly passed away at the age of 61 years. Glenn was born on May 28, 1957 in Passaic, New Jersey and is the son of the late Antoinette Wyder and Robert Wyder. At an early age, he started his professional career in Business Management and became a highly respected General Manager at Mediterranean Tile.

He was united in holy matrimony to Florence Smit, on December 30, 1978. After raising their three children in Long Valley, NJ and serving as an elder and a deacon at Long Valley Presbyterian, Glenn and Florence moved to Southern Shores, NC to live out their lifelong dream of retiring in the Outer Banks. During Glenn’s three-year residency in Southern Shores he served as the President of CPOA, was the Chairman of the Southern Shores Planning Board and an active member of All Saints Episcopal Church in Kitty Hawk, NC.

His beautiful life will forever be cherished in the lives of his wife; Florence Wyder and his children; Anjenette & Paul Kuncewitch, Robert & Elizabeth Wyder, Colin Wyder and Casey Tropdi. Glenn is also survived by his grandchild; Avery Kuncewitch.

Services will be held at Long Valley Presbyterian in Long Valley, New Jersey at 10:30AM on Tuesday December 4, 2018 to commemorate the amazing life of Glenn Robert Wyder.

Condolences to the family may be expressed via the online register at www.gallopfuneralservices.com.  Gallop funeral Services, Inc. was entrusted with local care.