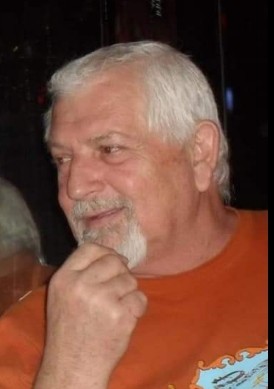 Jerry was born to Margaret Deaver Bone and began his performance on June 22, 1941.  Jerry played his final setlist on December 20, 2021.  It was said that he was born with a smile on his face and his first words were the punchline to a joke.  Some people collect stamps, some people collect cars.  Jerry collected friends and had a world class collection.

He proudly served his country in the Air Force and worked various and interesting jobs which range from being a piano salesman to being a paramedic/firefighter as well as spending time as a scout leader.  Jerry leaves behind his wife, Carolyn Winfree, his daughter Teresa Bebout, sons Gerald Winfree Jr and Earl Winfree, sister Janet Rhodes along with 6 grandchildren, 9 great grandchildren, 6 nieces and nephews and several cousins.  He was preceded in death by his first wife Shirley Anne Winfree and his brothers Reggie Bone and Royce Bone Jr.

Slow to anger and quick to smile, Jerry was often the life of the party.  He enjoyed spending time with friends and family with the former quickly becoming the latter.  Jerry was an accomplished musician, with his favorite band being formed with his two sons and a saxophone player who just wouldn’t go away.  Jerry was not one to brag but he was very proud of his family band who shared the stage and opened for nationally recognized acts.  It is often said that somebody is willing to offer the shirt off their back.  Jerry wouldn’t hesitate to walk home naked if you needed his pants as well!  He was always available to give advice, help with a project, give a hug or to just listen.  Jerry was never shy about telling the people in his life that he loved them and would always encourage people to be the best version of themselves.  Jerry will be deeply missed by the many people he has touched in his life.  We should all strive to be the person Jerry wanted us to be.

A memorial service will be held at 1pm, January 3, 2022 at the Gallop Memorial Chapel in Barco. Please share words of grace and comfort with the family via the online register at www.gallopfuneralservices.com. Gallop Funeral Services, Inc. was entrusted with arrangements.

Teresa, Gerald and Earl: condolences on the loss of your dad. He was such a kind person! My prayers to you all during this time.

Rest in piece my friend.love you ,we had alot of good memories together.God bless

RIP Jerry......To the family "blessed are the mourning for they shall be comforted".

I can see Jerry's smiling face up on stage right now. Rick and I have some awesome memories listening and seeing you guys on stage. Sending hugs and prayers to all of you!

Please accept our sincerest condolences on the loss of Gerald. We had the pleasure of meeting him during OBX Bike Week many years ago and became two of his biggest fans, seeking out the band whenever we made the trip down. Even had Boogie Knights play at our son’s wedding reception, which was amazing! We pray that God will give you strength during this difficult time and that the many memories will warm your hearts in the days and years to come. Keeping you all in our thoughts and prayers. Much love, Kevin & Carolyn Dickinson

RIP Jerry. I feel like I knew you for a lifetime... you were such a great person! ❤. I know you are gonna be missed dearly. Sending lots of love and prayers to the family at this most difficult time.