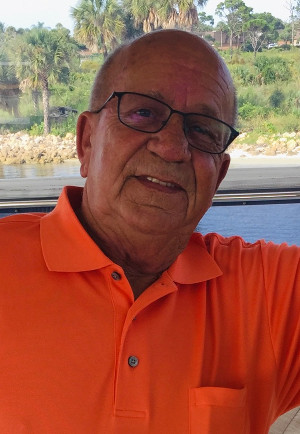 George Franklin Kerns, 77, of Port St Lucie, Florida passed away peacefully on Sunday, May 31, 2020 in Nags Head, NC surrounded by his loved ones.

George was born on December 30, 1942 in Warrenton, VA. He was the son of the late Silas T. Kerns and Edith M. Bailey Kerns. He was preceded in death by his brother, Thomas D. Kerns and eleven half brothers and sisters. George grew up in Haymarket, VA and graduated from Osbourn High School in 1962. He was a truck driver until retiring in November 2003. George enjoyed fishing, Nascar and NHRA racing.

A Celebration of Life will be held at a later date in Virginia.  To express condolences to the family please visit the online register at www.gallopfuneralservices.com Gallop funeral Services, Inc. was entrusted with arrangements.