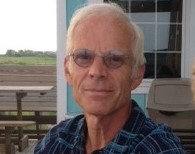 Kill Devil Hills – Born January 23, 1949 in Lodi, Ohio.  He passed away August 5, 2017, after a battle with cancer. Gary is survived by his wife, Jeanne L. (Geaslen) Martie, whom he married in 1973.  They have two beloved children, Melissa B. Martie of Akron, Ohio and Anthony B. Martie (Whitney Marken) of Kent, Ohio, and one adorable granddaughter, Ellis.  Gary is also survived by his parents, Kenneth and Peggy (Pasho) Martie of Wooster, OH, and his sisters, Debra (Jerry) Packard of Wooster, OH, and JoEllen (Thomas) Schaad of Lexington, OH.  Gary is also survived by his sister-in-law, Jennifer Geaslen of Villa Hills, KY, nieces, nephew, aunts, uncles, cousins and friends.

Gary grew up in Creston, Ohio.  He went through the Norwayne school system and graduated in 1967.  He graduated from the University of Akron in 1971 with a bachelor’s degree in secondary education (business).   Over the years, he continued his schooling and earned a master’s in special education, and additional certification for elementary education.  He started teaching in the Ravenna City School system in 1973, and retired from there in 2006.  He also coached girls’ and boys’ basketball in the schools and the rec department and taught night school for a few years.  Being the hard-working person he was, he also had a side business of painting/handyman services.

Starting in 1970, his wife and her relatives vacationed in the Outer Banks of North Carolina.  Even though Gary and Jeanne traveled to other places early in their marriage, the Outer Banks later became the destination of choice.  The retirement dream was to live in NC, which became reality in 2006.  While there, Gary worked as a handyman and was a member of the Outer Banks Presbyterian Church.  He did some volunteer work for Interfaith Community Outreach.  Fishing and boating was his passion, although he fed the fish more than they fed the family!  He also got into spinning classes at the Y, which he loved.  This renewed his love of bicycling and often did 100 mile rides (done in one day).  It was not unusual for him to do week-long bicycle rides in Florida, Virginia, North Carolina, Tennessee and the Ohio-Erie Canal – sometimes 4 in one year.

Gary was taken away too soon and will dearly be missed.  A memorial service will be held on Monday, August 14 at 2 p.m. at the Outer Banks Presbyterian Church in Kill Devil Hills, NC.  In lieu of flowers, donations made by made to:  Paws and Prayers Pet Rescue, PO Box 67166, Cuyahoga Falls, OH 44222; American Friends Service Committee (Quakers) Development, 1501 Cherry Street. Philadelphia, PA 19102; Southern Poverty Law Center, 400 Washington Avenue, Montgomery, AL 36104.

Condolences to the family may be expressed via the register www.gallopfuneralservices.com. Gallop Funeral Services, Inc. was entrusted with arrangements