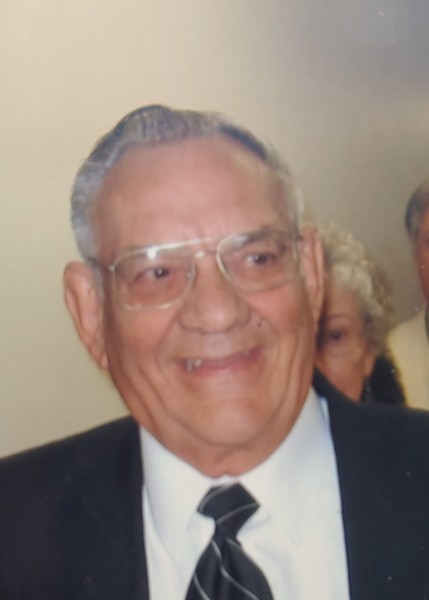 After serving proudly in the United States Army and receiving his honorable discharge, Frank retired from the Naval Air Station in Norfolk, VA.  He was a member of Poplar Branch Baptist Church and was an ordained minister.

Mr. Frank G. Lorenz is survived by his two step-sons Gary Brown (Debbie) and Tommy Brown (Carol); six step-grandchildren; twelve step-great-grandchildren, and his step-daughter-in-law Beverly Brown. He was preceded in death by his wife, Kathleen Lorenz last year and also by his step-son, Elton “Zip” Brown. The family takes great comfort in knowing he is whole again and reunited with the loved ones who went before him, as well as with his Lord and Savior who was the center of his life.

A graveside funeral service will be held Thursday, April 29, 2021 at 2 pm at Poplar Branch Baptist Church Cemetery in Grandy, NC.

Condolences to the family may be expressed via the online register at www.gallopfuneralservices.com. Gallop Funeral Services is entrusted with arrangements.