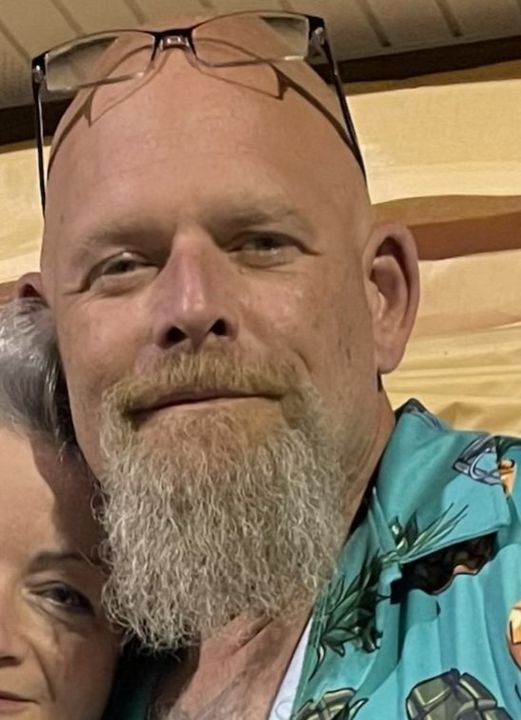 Francis DeLorme Roche, Jr. “Frank”, age 54, of “the ranch” in Boones Mill, VA died suddenly on June 14 while on vacation at the Outer Banks. Mr. Roche attended Hargrave Military Academy, Patrick Henry High School and Virginia Western Community College. He also served in the Navy, as a member of the Marine Corps, aboard the USS America. He was honored and awarded for his service to his country.

Frank was a well-known and well-loved bartender. He was regionally recognized throughout the Roanoke Valley and Smith Mountain Lake communities for his bartending and hospitality. Frank was also a member of Red Valley United Methodist Church.

Frank was predeceased by his father, Francis DeLorme Roche, Sr. A private ceremony will be held at a later time as the family sees fit. In lieu of flowers, a donation may be made to a charity of your choice. Much gratitude is extended by the family to Dare County EMS, The Outer Banks Hospital and Gallop Funeral Services for their wonderful care. Condolences and memories may be shared at www.gallopfuneralservices.com.

So very sorry for your loss. You and your family are in my thoughts and prayers.

I’m sorry to hear about his passing. My deepest condolences go to his friends and family.

Our heart aches for you with the loss of Frank. Please know you are in our thoughts and prayers. We send our healing love to you all. The Ellis Family

I’m so sorry to hear about Frank’s passing. Sending my deepest condolences and healing thoughts and prayers to the whole family as you deal with what I know is a terrible loss.

i love you forever dad ❤️

Our families have been friends for roughly 45 years. The Roche family welcomed us from day one. Frank and Mike had a special bond, as true friends do. Always by each other’s side through life’s ups and downs. From two scrappy young men, in to fathers and grandfather’s. Our family grieves for you, and with you. And hope that you know we are here for you. The Dorton’s

I was friends with Frank in wasena elementary school back in the seventies. My condolences to the family and friends of Frank . You are in my prayers 🙏

Broken hearted...for your family I wish best blessings..I'm so happy he had found happiness with Lori....love to family & friends & prayers Sarah Pearson

Frank was a good man and a giving soul!! He had a rough exterior at times,but under all that was a teddy bear, he would do anything he could to help you if you needed it! He will be missed and live forever in our hearts! Rest In Peace big guy.

Oh, Kat, I am so sorry to here this. My thoughts and prayers are with you and your family. Please let me know if there is anything I can do for you.

Kat, I'm so sorry to hear of your loss. Prayers to you and your family.

We are so sorry for the loss of your brother, Kat. Praying for comfort for your family.

Sorry to hear that may God be with you

Sending our condolences and prayers to find peace in the coming days through your shared memories.

Dear Kat and family, I am so sorry. He was so young, I feel so bad for you & your family, the pain. Try to think about the many happy memories you’ve shared. And how happy he is seeing good and being in his arms🙏🏻🙏🏻💕