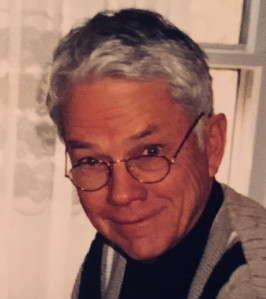 Tom graduated from Chadbourn High School in 1952 and from the McCallie School a year later. He graduated from Duke University with a Bachelor of Science in Electrical Engineering in 1957. He served as an electrical officer in the U.S Navy from 1957 to 1959, before returning to Duke to pursue his PhD., which he received in 1963. In 1966, Dr. Wooten joined the Research Triangle Institute as an engineer in the solid state laboratory. In 1983, he became vice-president of RTI, then president in 1989. Over the course of his career, he owned three patents in semiconductor devices.

Dr. Wooten retired in 1998 to pursue his passion for traveling and fishing on his boat along the Outer Banks.

Dr. Wooten is predeceased by his wife of 55 years, Linda Walker Wooten, and his sister, Ann McRae Wooten Williamson. He is survived by his daughter, Laurin Wooten Walker and husband, Matt, of Kill Devil Hills, his son Patrick Thomas Wooten of Raleigh and his daughter Ashley Tripp Wooten of Raleigh, two nephews William Williamson and Frank Williamson, and two grandchildren, McRae and Eva.

A graveside memorial service will take place at Chadbourn Memorial Cemetery on March 9, 2019.