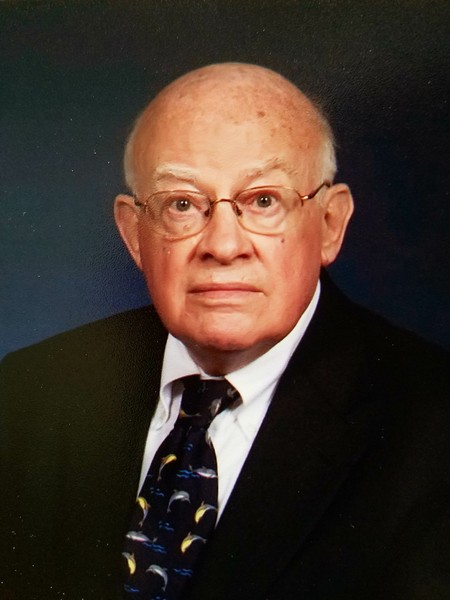 Donn grew up in Plainfield, NJ, the son of an orchid grower.  He was active in the YMCA, captained his high school football team, earned a varsity letter for track and edited the sports section of the yearbook.  He attended Princeton University where he graduated with honors in 1951 with a Bachelor of Science degree in Chemical Engineering.  Donn then earned his Masters in Business Administration degree from Harvard Business School in 1953.  He worked for various companies during his career including Goodyear Tire and Rubber Company, Cities Service Company and the Rahway Valley Sewage Authority.  He also spent 3 years in real estate sales and development.  Donn’s career took him to Akron Ohio and Boston Massachusetts before settling in Westfield, NJ where he stayed for 35 years before he retired to Southern Shores.

Donn’s extensive community service includes membership in the Westfield Jaycees, the ‘Y’ Men’s Club and served as Chairman of the Board of Deacons at the First Baptist Church.  Donn was also elected to the Westfield Town Council and then Mayor in 1972.  He organized the town’s recycling program and Conservation Center, established the Westfield Community Gardens and co-founded the Westfield Foundation in 1976 that has provided over $6 million in funding support for various civic projects and organizations.

Donn’s community service continued in Southern Shores where he was the Founding Member and Board Member of the Outer Banks Family YMCA from 1997 – 2015.  He was honored by the regional YMCA in South Hampton Roads in 2014 with the Order of the Red Triangle award for his distinguished service to the organization.

For nearly sixty-two years Donn was accompanied on his journey by his loving wife Mary Margaret Mooney Snyder, who preceded him to heaven in 2013. Their shared faith, devotion and love have been an inspiration to those who’s lives they have touched along the way.

A memorial service is planned for 11 a.m., Saturday, May 12 at Kitty Hawk United Methodist Church, 803 W. Kitty Hawk Road, Kitty Hawk.  After the ceremony, the family will receive guests at the church.  In lieu of flowers, the family suggests donations in Donn’s name be made to the Outer Banks Family YMCA, 3000 S. Croatan Hwy, Nags Head, NC 27959.  Donations can also be made online to the 2018 Outer Banks Annual Fund in memory of Donn at https://ops1.operations.daxko.com/Features/OnlineGiving/DonationDetails.aspx?cid=2014.