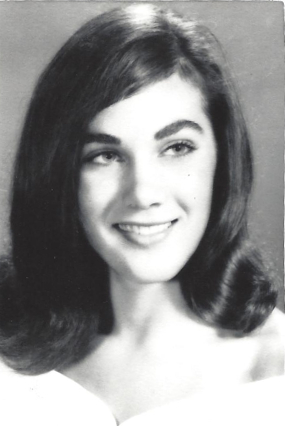 Kitty Hawk – Christina Marie Tyrner, 70, died December 18, 2018. Chris was born in New York City on February 29, 1948 to Dr. Joseph Tyrner and Catherine Sorensen.   The family soon moved to in Mendham, NJ, where Chris grew up with her parents and older sister, Jocelyn.

Chris met the love of her life, Nicholas D’Amato, while both were attending West Morris Regional High School.  Hollywood couldn’t have written a better love story.  Nick was the captain of the championship football team and Chris was the proverbial cheerleader.  Upon first sight Nick asked a friend “Who is that girl? I’m going to date her.”  And so it happened.

Following high school, Chris received her associate’s degree from Centenary College in Hackettstown, NJ. One month later Nick and Chris married in June, 1968. The following year, Nick completed his bachelor’s degree at Newark College of Engineering (now NJIT).  Upon his graduation, Nick and Chris moved to southeastern VA, where they created a beautiful family complete with four children: Melissa, Susan, Nicholas, and Christin.

With a young family, Chris devoted numerous hours to charities, organizations, and church activities. She became a La Leche League Leader and completed a formal ministries formation training program.  She sang in the church choir, and she used her artistic talents to create church banners.  Together with Nick, she taught Pre-Cana marriage counseling. In her spare time, she enjoyed gardening, painting, knitting, sewing, pottery, and animals.  You name it… she tried it.  She even sewed Nick some orange plaid golf pants and matching club covers.  He’s called Saint Nick for a reason.

While raising her family, Chris went back to school. She earned her Bachelor’s Degree from Virginia Wesleyan (1990). She then attended The College of William & Mary, earning her Master’s degree (1992) and Education Specialist degree (1995). She entered the William & Mary Doctorial Program while simultaneously working through a voluntary 2000 hour guided counseling program focusing on rape crisis and trauma. After passing her Virginia State LPC test, she opened her own business, Corner Counseling. As always, she was helping others – but now as a professional.

In 2008, when Nick retired from civil service, Chris was able to realize her dream of moving to the beach.  Making the Outer Banks their new home, Chris began looking for a new hobby.  First, she became a master gardener. Then, she found herself back in school, once again exploring her artistic side while attending jewelry classes at College of the Albemarle. She started out by participating in numerous art shows. As always, Nick was by her side –her faithful companion– helping to set up and break down her displays as the wind and rain blew.  Later, her pieces could be found at the Dare County Arts Council; the Kill Devil Hills Co-op, and at Beach Treasures in Duck.

The celebration of Christina’s life will be held Thursday, December 27, 2018 at 10:30 am at All Saints Episcopal Church in Southern Shores. Rev. Robert Davenport will officiate.