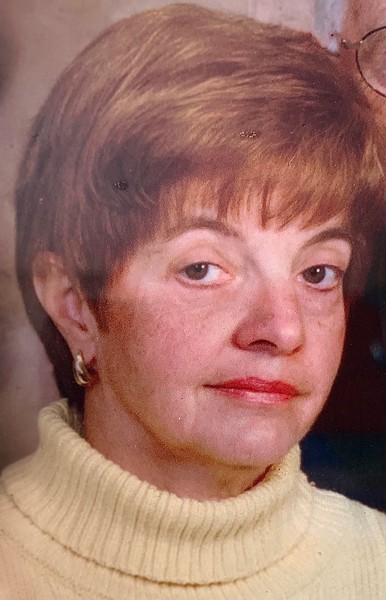 Anne grew up in East Hartford with her sister, Jill, and many friends she would keep close for the rest of her life. At East Hartford High School, she was an honor student, editing the high school newspaper and ranking third in her class. After graduation, she worked for several years as a secretary for Connecticut General Life Insurance. It was at a party that she met the man who would become her husband of 46 years, Clifford Eugene Cramer.

They married August 26, 1961 and began their new life together in Queens, NY. Cliff’s career in wood merchandising took them to High Point, NC, where their first son, Scott was born in 1964. There, they built a wonderful home for their growing family. A daughter, Stacey, arrived in 1967 and in 1969 they welcomed another son, Brett. Anne dedicated herself to providing a loving, stable, and healthy home for her cherished family.

As the children grew, she returned to the workforce as a secretary at High Point College. An active member of First United Methodist Church of High Point, she baked bread for The Parson’s Table sandwich ministry during the biannual furniture markets. Anne loved to sing and travelled with the Happytones Chorus, including a performance at the White House. She enjoyed tennis and played regularly with friends, attended tournaments including the U.S. Open and looked forward to “breakfast at Wimbledon” each year. Anne’s creativity was boundless. Whether tole painting, cross stitching, making stained glass creations and cornhusk dolls, sewing her children’s clothes and doll dresses for her granddaughters, knitting prayer shawls for others or making colored pencil art in later years, Anne’s hands were always moving. Her retirement to North Carolina’s Outer Banks allowed her to continue her love of singing and crafting and brought her the added joy of watching her grandchildren play their favorite sports.

Besides her parents and beloved Cliff, Anne is predeceased by her sister Jennifer (Jill) Skidmore. Surviving are her nephew Bert Vanvlack and wife Peggy of Collegeville, PA, her children, Scott Andrew Cramer and wife Melanie of Norfolk, VA, Stacey Cramer Jones of Southern Shores, NC and Brett Adams Cramer and wife Jennifer of Charlotte NC as well as her treasured grandchildren Virginia, Ryan, Lindsay, Brayleigh, Annie, and Reese.

Thoughts and condolences to the Cramer family may be expressed via the online register at www.gallopfuneralservices.com. In lieu of flowers, a contribution can be made to the MSA Coalition at www.multiplesystematrophy.org.