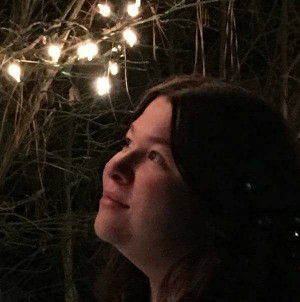 Although she had Autism, she never let it define her.  She was a 2016 graduate of Manteo High School, she proudly got her driver’s license last year, blew us all away with attending College of the Albemarle, and excelled at being a sandwich artist at Subway.  She could truly make a gorgeous sub.  She also carried a lifelong passion for music and art leaving her family with many cherished works.

During her high school career, she played flute in the Marching Redskins and was a shot put and discus thrower for the track team.  She was currently studying to obtain her Associates Degree in Science and hoping to continue her education to become a Marine Biologist.

She was preceded in death by her maternal grandparents, Louis and Carolyn Keeton.

She is survived by her Mom and Dad, John and Krystal Fiddner of the home, Brother, Corbin Michael Brown also of the home, Sister, Hanna Joyce Fiddner of Whitsett, Aunts and Uncles, Melissa and Paul Bergman of Salisbury and Amy and Trent Scott of Greensboro, Step Grandparents, John and Betty LeBaube of Julian and John Fiddner and Rebecca “Becky Jo” Brown of China Grove, her two closest cousins, Shianne Carter and James Alexander Todd, her Best Friends, Jordan Smith and Kathryn Cruden along with many other loving friends, numerous aunts and uncles and cousins.

Services will be Tuesday, April 18 at Gallop Funeral Home in Nags Head, NC.  Viewing will begin at 5pm followed by her funeral beginning at 7pm.

Anna held a special place in her heart for all her special friends at the Monarch Beach Club where her Mom works.  We ask that in lieu of flowers, donations can be made to the Beach Club, PO Box 1723, Manteo, NC 27954.